Albert Ueltschi: the man who made his dream come true

Albert Ueltschi has made a significant contribution to the development of modern aviation. His example is proof that it is possible to achieve great success by doing what you love. Throughout his life, Ueltschi has been pursuing his dream of flying in one way or another.
Albert was born in 1917 in Kentucky to a family that already had six children. From a young age, the boy had one passion – the sky. And as Ueltschi was not only dreaming, but trying to achieve what he wanted, he managed to make his first flight in an airplane at the age of 16. This moment became one of the most important in his life and forever indicated the destiny of the young man. Albert set a goal to learn how to operate air transport, and to do this he began to earn money on his own.
The young man’s first business was selling hamburgers. This small business brought an income sufficient to pay for the instructor’s lessons at the flight school. After receiving his pilot’s certificate, Albert began to save up for the purchase of an airplane. The business functioned, and after a while, with an initial sum and a loan from the bank, Ueltschi purchased his own aircraft. The young man held the position of a private pilot at Juan Trippe’s, where he worked until the beginning of World War II.
In 1941 Albert joined Pan American, which at the time was considered the largest in the United States. There he served as a pilot for about 10 years, flying to various parts of the world. But Ueltschi had ambitions not only as a professional but also as a businessman. So in 1951 he left Pan American and started his own company, FlightSafety International, where he was in charge until 2003. 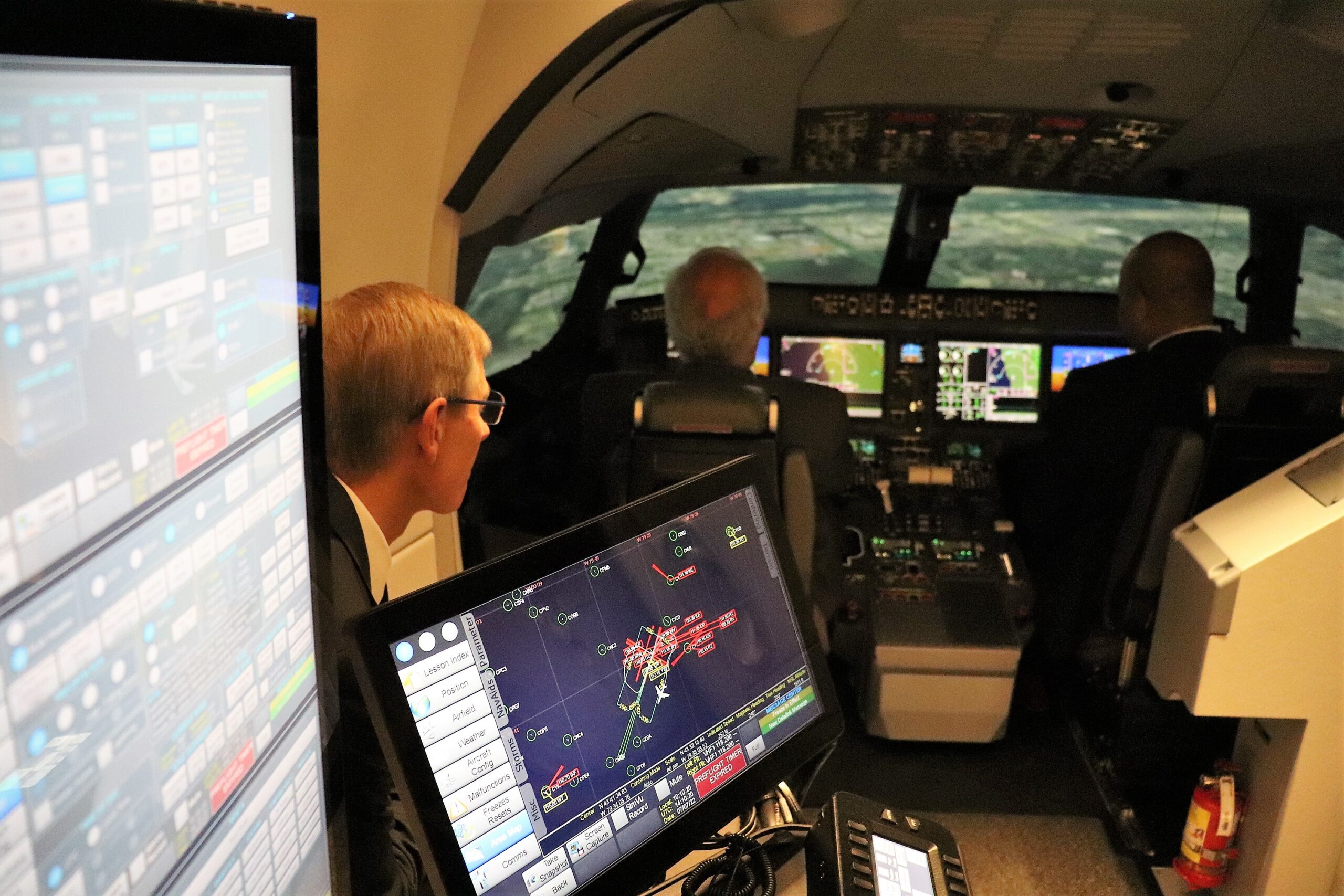 Here Albert proved himself to be a talented businessman and a wise manager who helped the company grow and expand. Although Ueltschi left the company in 2003, it still exists today and has become one of the largest in the country. In addition to providing passenger and cargo services, FlightSafety International has its own flight academy, where you can get a certificate as a pilot and instructor with the right to train others in the future.
During his time at the helm of the business, Albert introduced various grand projects. One of them was the onboard hospital, which began operating in the 1980s. A few years later about 650 thousand people were treated here, and 43 thousand operations of various complexity were performed on the territory of the hospital. In addition, this unit was engaged in the training of specialists, carrying out activities in 70 countries.
It is difficult to overestimate the contribution of Albert Ueltschi to the development of the aviation field. He remained faithful to his dream until his last days and was active and full of ideas all his life. He managed not just to earn billions of dollars, but also to help people, to be useful to society and the country. For these services, the businessman was awarded various prizes and awards.

Previous Post Delta Air Lines: one of the largest airlines in the world Next Post The U.S. intends to increase the production of batteries for electric vehicles