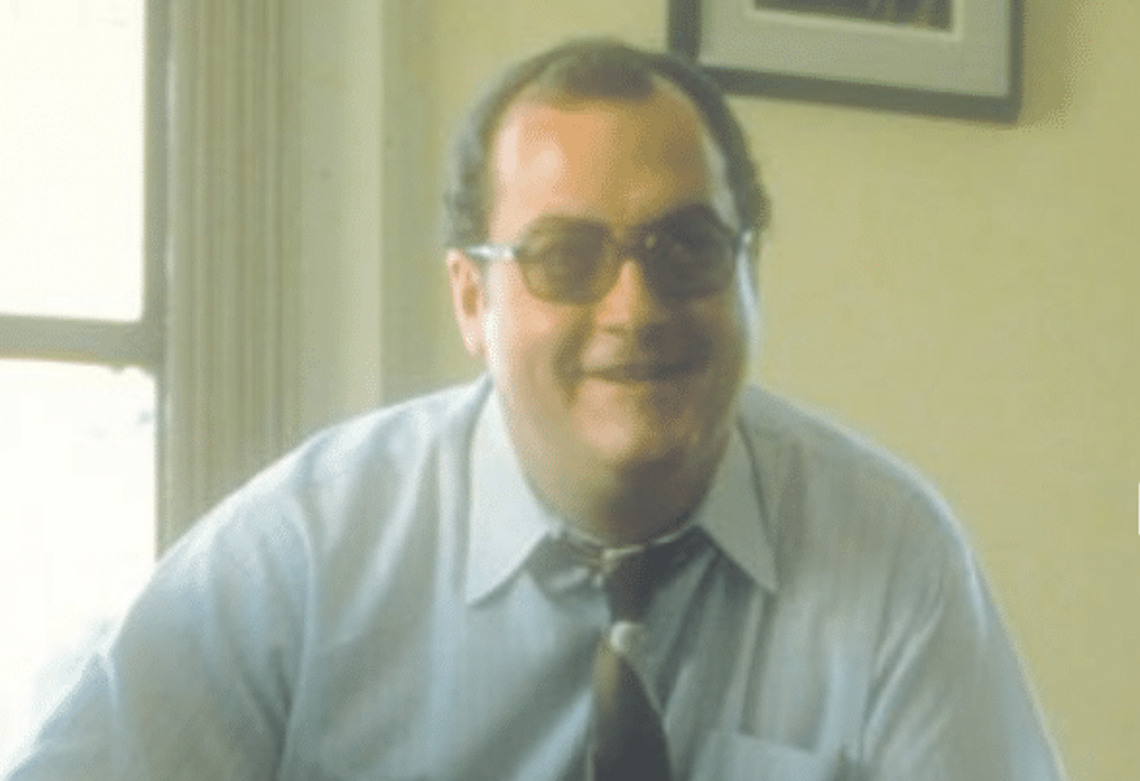 Richard Dennis: the story of the ups and downs of a trader

Richard Dennis is a famous personality in the trading world who developed the turtle method. His way to success was not easy, but despite the ups and downs, he was able to earn huge capital at the age of only 25.
Dennis was born in 1949 and started working at the age of 17 when he was a messenger at the commodity exchange in Chicago during summer vacations. He was immediately interested in trading, but trading was prohibited in America until he was 21, so the deals were conducted by Richard’s father. The first experience was not very successful, the young man lost his weekly earnings in just one hour. However, it taught him that trading requires a strategy.
Having understood the basic principles, Dennis continued trading. He conducted trades over the phone. After he turned 21, he dropped out of college and went to work at the Mid-American Commodity Exchange, where he handled small contracts. He borrowed $1,600 from relatives to do this. Of this $1,200 he paid for a place on the exchange, and the rest was seed money. During the first year, Richard earned $3,000; during this period he learned to act more cautiously, losing money and compensating for it by successful trades. 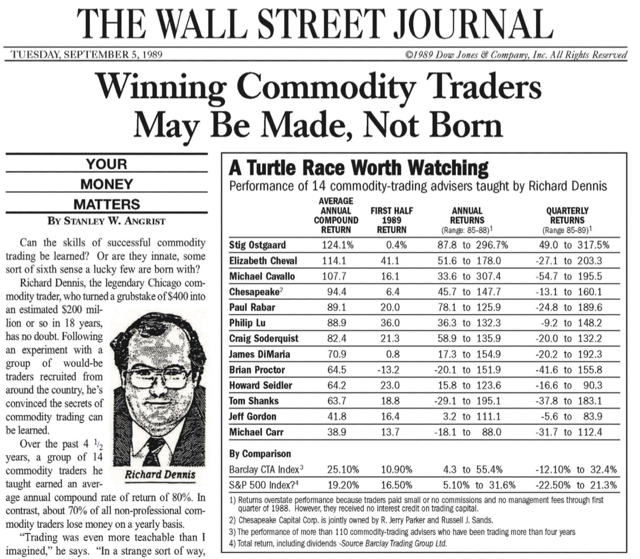 In 1973, his fortune reached 100 thousand dollars, and just a year later – 500 thousand dollars. At the age of 25, Dennis earned his first million, but he didn’t want to stop there and moved to the Chicago Stock Exchange. This decision was extremely successful, and in the early 1980s, the trader’s fortune was over $100 million.
Dennis believed that everybody could succeed in the exchange, as long as he possessed basic knowledge, followed certain rules, and observed discipline. He developed his own strategy, “The Turtle Way”, based on the idea that the opening of a deal should coincide with an up-trend reversal and the closing of a deal – with a down-trend reversal. And it is necessary to act before large losses. The goal of this behavior is to maximize coverage of the long-term trend, which is uphill. As for short-term volatility, it should not be considered.
In 1987, Dennis’s capital reached $80 million, but a year later everything changed. In 1987, the stock market crashed when the Dow Jones index fell 22.6%. Dennis lost about half of his assets, including his own money and client investments. The failure was a personal crisis for Richard, and he left the stock exchange with a firm decision never to return to trading.
However, he didn’t keep his promise and came back in 1994 with a new strategy. He now relied on computer systems. The new strategy turned out to be very successful – by 2000 Richard Dennis earned $300 million.